A Big Thank You for a Big Opening Event

In 2003, the Metro Denver business community and the region’s economic development groups banded together to do what we always do during tough economic times. We got the band back together, devised a plan to jump start the economy, and raised $13.2 million to make it happen.

The Metro Denver Economic Development Corporation (Metro Denver EDC) was born. And the new organization, and affiliate of the Denver Metro Chamber of Commerce, was committed to regional cooperation and a united approach to job creation.

The Metro Denver EDC created a strategic plan with six major objectives. One of those was transportation with the word “FasTracks” in parentheses. We wanted to leave no doubt that we were throwing down with the Metro Mayors Caucus, major environmental groups, trade unions, county commissioners, and transportation advocates in the pursuit of a 140-mile rail and bus rapid transit system.

Ultimately, the Metro Denver EDC provided $750,000 to the FasTracks campaign - by far its largest contributor.

Seven years after RTD’s Guide the Ride failed by a 58-42 trumping, advocates had reconfigured the system and prepared for a 2004 vote. FasTracks was another major infrastructure project we were willing to pursue and would drive our brand as a region with its eye on the horizon.

It was a bold move. Some groups wanted to build one line at a time. Others wanted to use bus rapid transit as a cheaper and more versatile option. Opponents argued that Metro Denver residents would “never” get out of our cars. All of which would be dismissed when voters, by a 58-42 percent margin, approved the construction of the entire system simultaneously. FasTracks would become the largest, single transit project in the nation since the Washington, D.C. system.

In the late 1980s when Denver International Airport (DEN) was under construction citizens around the region continually asked, “Will there be a train to the Airport? We need one, because it’s so far away!” We promised there would be a train. In fact, we carved out and preserved a large swath of ground for the railroad tracks. On April 22, much of that same swath of ground will be underneath the University of Colorado A Line as it makes its way from Denver Union Station to DEN and back, every 15 minutes.

The business community, and especially the Metro Denver EDC and the Denver Metro Chamber of Commerce, demonstrated that a combined effort of the private sector in consort with the region’s mayors and other important groups could bring us to a brighter day where access to the entire region is possible. April 22 puts on exclamation point on vision, tenacity, and collaboration. Thanks Metro Denver! We did it again! 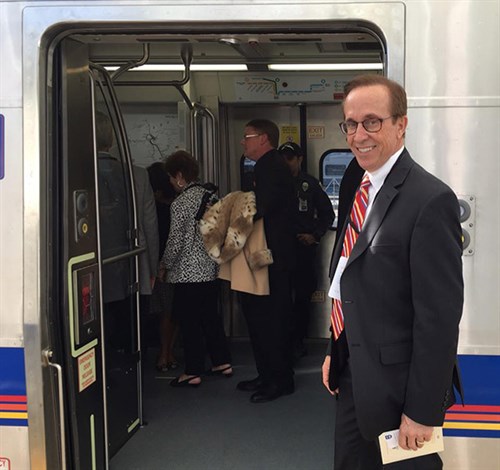 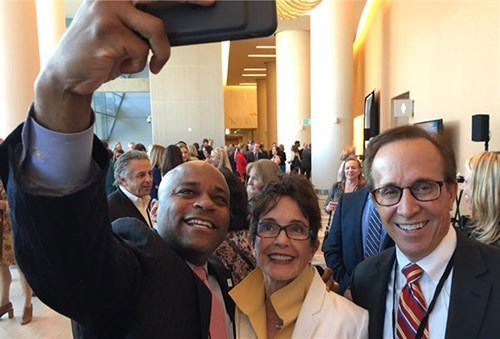 The Metro Denver EDC’s Annual Meeting was a celebration of economic success.  For those present, the parody of yours truly as “Metro Denver’s Most Interesting Man” was a clearly a spoof of the Dos Equis Man, all designed to bring humor and fun to an event that can be leaden. Subsequent media…

On August 26-27, Colorado will open its doors to Rocky Mountain inventors, venture funders, startups, and tech entrepreneurs. This will be the Colorado Office of Economic Development and International Trade’s (OEDIT) third year of bringing ideas, innovation, money, technology, and people together…