Six months into the pandemic, most of us have mostly figured out things like remote work and workplace hygiene. Minding our employees’ emotional health remains a challenge, and leaders in especially hard-hit sectors like hotels, restaurants and performing arts are still racking their brains to figure out how – if – they can hang on until customers venture out again. Even those of us whose industries have been hurt but not mortally wounded are adjusting budgets, plans and employee expectations, knowing that continuing economic uncertainty mandates prudence.

At the same time, though, we all have to look ahead to when the economy comes back. It’s going to be different – and business will be too. Customer expectations, employee expectations, supply chains, regulatory environments: all of these, and many other factors, are changing. We don’t yet know where things will land. Yet, now is the time to think strategically about how to re-launch in whatever the new world will look like.

A thought-starter that caught my eye recently is a McKinsey profile of Mark Thompson, who transformed the New York Times into a digital-subscription-first news platform. The Times may be the only legacy newspaper in the country that is actually making money now, and they got there by rethinking not just old paradigms (“print comes first”) but newer ones (“the only way to make money online is by selling ads”). The lessons from their bumpy road to transformation (by his own count, they tried and failed at reorganization five times before they got it right) are especially useful in this time of unprecedented uncertainty. Here are just a few that stood out to me:

Lessons like these can help you rethink your assumptions and position your business for success in the “next normal.” 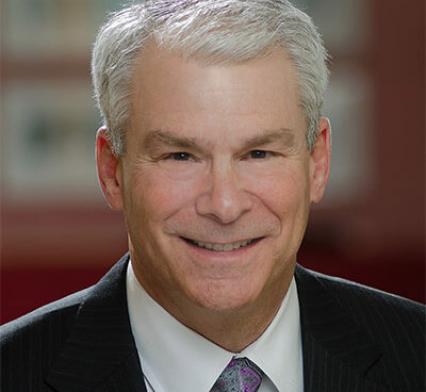 Phil Kalin joined Pinnacol Assurance as CEO in 2013. He has served as the chief executive of both public and privately-backed companies, including large hospital systems, as well as organizations focused on health care data, technology and education.

ONLY CONNECT
by Phil Kalin

Lean into the soft stuff. It works. The importance of the “tone at the top” is business school 101. We all know how important the CEO’s example is for setting cultural norms, and the resulting impact on productivity and results. When the CEO’s behavior is integrous with the company’s stated values…

Last month, I announced I will be retiring as President and CEO of Pinnacol Assurance at the end of March. I love my job and my company, and this wasn’t a decision that came easily. Making such a decision has prompted a lot of reflection on what I’ve done and accomplished over nearly 50 years of…

At Pinnacol Assurance, the verdict is in: we will retain our current flexible working model for the foreseeable future. We came to this conclusion after extensive research and discussion with our teams. The process and findings were so rich, I think it’s valuable to share them. Beginning in June,…